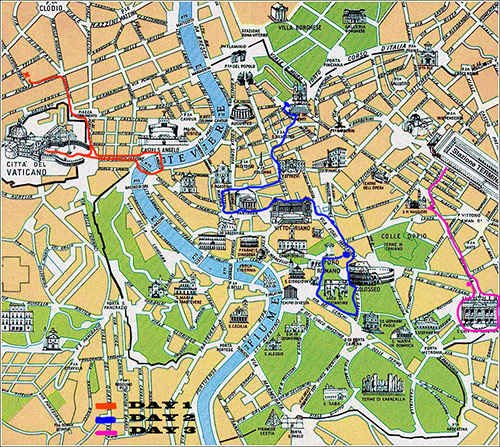 Day 1.  If you have only one day in Rome, the first thing you should do is change your schedule and book at least three more. Rome wasn’t built in a day and shouldn’t be visited in a day either. Barring that, lace up your walking shoes and spend your time focusing on the main sites between Palatine Hill and the Spanish Steps. Start off with a bang by visiting the Roman Colosseum and marvel at Rome’s greatest architectural wonder. Save time waiting in line by buying your ticket at the ticket office at the entrance to nearby Palatine Hill. After the Colosseum, wander up Palatine Hill, the birthplace of Rome, for a panoramic view of the Roman Forum and central Rome. Next, explore the Roman Forum yourself and make your way on to nearby Capitoline Hill. Here you will find the glorious Piazza del Campidoglio designed by Michelangelo and the Capitoline Museums. But save those for later. For now just enjoy the view and wait for your stomach to rumble. You can find quick eats in the neighborhoods behind Capitoline Hill around the Piazza Venezia. After lunch, ogle at the immense, wedding cake-like Monument to Victor Emmanuel II as you make your way up the Via del Corso. Along the Corso, detour down the well-trod side streets to the Pantheon at Piazza de la Rotonda, and then double back to reach the world famous Trevi Fountain. After you’ve tossed a coin in the fountain and had an ice cream, the streets beyond the Fountain contain Rome’s most chic shopping spots leading all the way up to the Spanish Steps. Hang out with the wanna-be’s and the jet set, or climb the steps and make your way to Borghese Park for sunset views over the city. As the night dawns, make your way down to Trastevere by bus or the help of the metro. The former ghetto is chalk full of various restaurants and bars sure to please every budget and taste, with plenty of entertainment afterwards.

Day 2.Wake up early on the second day and head the Vatican city to beat the crowds. Get in line for the Vatican Museum and Sistine Chapel. When you’re neck is sore from craning at Michelangelo’s famous ceiling, get in line for the immense St. Peter’s Basilica. Spend time before and after in St. Peter’s Square admiring the different statues all around the square. If you plan ahead, you can even get an audience with the Pope here on Sundays and Wednesdays if he’s in town. After you’ve been to church, grab lunch and then head over to the old Post Office to mail a letter from the world’s smallest country. Once you’ve had lunch and your spirit is revitalized, take a nice shady stroll down the Tiber River. Along the river you can visit the Castel ‘Sant’Angelo or the frescoed Villa Farnesina near the Botanical Gardens for a taste of Roman Renaissance. Cross the river then and explore the local neighborhoods and backstreets in and around Piazza Navona and the Campo de Fiori (flower market). There are lots of restaurants in this area for when you get hungry and the bars and nightclubs stay crowded until long after midnight. If you want to really get dressed up and go clubbing with the locals, make your way out to Testaccio south of town. Alternatively, if it’s high culture you crave, stop by Hello Ticket in the Termini Train Station to book for music, dance and theater events located all over town.

Day 3. If you have three days, spend the morning of the third day exploring the Capitoline Museums – three of the oldest in the world containing artifacts and artworks from the ancient Roman world. The three museums are connected by an underground gallery and run the gambit from a giant bronzed head of Constantine to the serpent-headed locks of Bernini’s Medusa. Have lunch along the river near the Isola Tiberina and spend the afternoon finishing up whatever you didn’t see on Day One and Day Two. Alternatively, check out some of Rome’s other hidden gems: The Baths of Diocletian at Piazza Repubblica was the largest bathhouse of it’s dating back to 300 A.D. and contains Octagonal Hall, a former Roman gymnasium. Three kilometers south of the Colosseum, is the Ancient Appian Way, the primary road that led into Ancient Rome. All along the road are ruins, cafes, nature trails, and various catacombs of crucified Christians who were not allowed to be buried inside the city walls. Art aficionados will want to head back up to Borghese Park to visit the Borghese Gallery. A visit to the private gallery requires a reservation but is well worth the effort to see masterpieces by Caravaggio, Raphael, Titian and Rubens. In the evening, stroll along the Imperial Roman Forum and revisit the Colosseum at night for a final awe inspiring view.

If you have longer days to explore.If you have more time, you may want to get out and explore some of the other sights of Rome. Ostia Antica is an ancient seaport within an hour of the city and is Rome’s excavated answer to Pompeii. The Tivoli Gardens and the Villa d’Este was the summer residence of Emperor Hadrian and is a living Eden, filled with fountains, statues and breathtaking Baroque gardens. It’s best reached by an organized tour. North of the city, Lago Bracciano is a relaxing lake area with plenty of nature and three interesting Medieval villages along the shore, complete with castles, churches and villas – a great getaway from the hustle and bustle of Rome. The beaches in and around Civitavecchia on the Mediterranean town is another option. Of course you may not wish to leave Rome at all. We don’t blame you.

Romans like taking it easy; and Rome’s nightlife may seem rather tame to those accustomed to the cutting-edge buzz of other European cities. A typical night out for Romans usually involves a long dinner with a group of friends, starting after 9pm and continuing until after midnight.

Bars in the centre of town are good places to begin. Most have tables outside where you can sit around and people-watch until the small hours. There have lately been initiatives aimed at reducing noise by earlier closing hours, but this isn’t yet widespread. Campo dei Fiori, the Piazza Navona area, and Trastevere are some of the best places for an evening out. Locals and tourists alike stroll around the streets all evening, or sit at the many welcoming bars, which range from the stylish to the homely. If you want drunken good times, meeting other foreigners and predatory locals, head for one of the hundreds of Irish/Scottish pubs.

For nightclubs – discoteche – the best area to head for is Testaccio. The area around Piramide metro station and spreading down the Via Ostiense contains the highest concentration of nightclubs. In the summer most nightclubs close down, and nightlife relocates to the seaside and to ‘villages’ around the edge of town. Visitors from the UK will be surprised and maybe shocked at young people’s night-time reliance on cars and scooters – and the cavalier attitude to drink-driving. Be prepared for venues surrounded by traffic chaos, which are hard to reach by public transport. Research your transport options; take taxi funds. 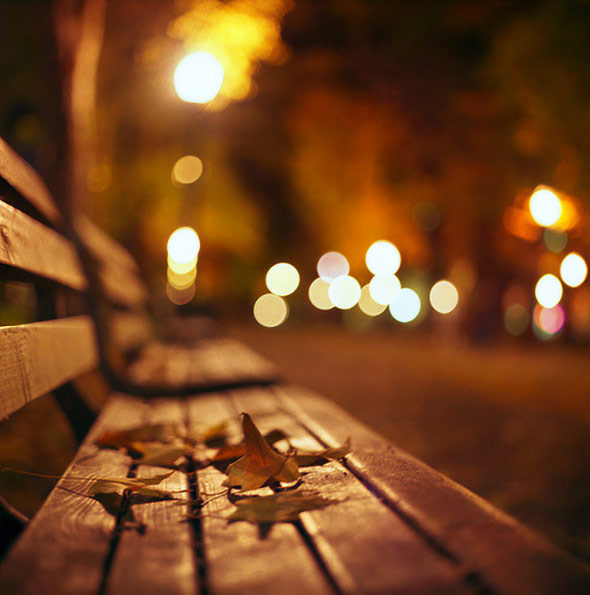 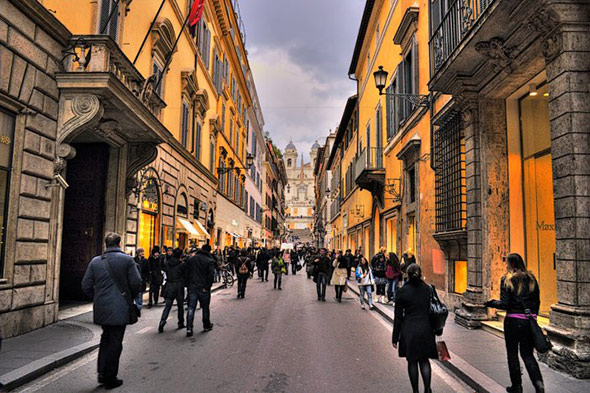 Shopping in Rome is a marriage in paradise. You have the most famous and desirable designer shops all nestled in a colorful and unforgettable urban landscape made of small alleys, old patrician palaces and unique squares designed by the genius artists Italy is famous for.
In some cities you shop between districts, in Rome you shop between centuries.
Beside Rome is not only for the glitterati who like to splash out on the latest must-have bag. On the contrary the Eternal City has plenty to offer for all tastes and wallets, from chic boutiques to small ateliers and artisan shops that you can only find by taking your time walking the ancient walks of Rome.
Actually the best of the Made in Italy with its sartorial touch can be found here and if you knew whom to ask for you can even find the Pope’s tailor in downtown Rome!

Come and see our new reception, common room, and reserve our newly 4 bed mixed dorm with shared facilities. ——————————————– ATAC and Roma TPL to hold 24-hour strike in Rome on Friday. A 24-hour strike by Rome’s public transport company ATAC is programmed on Friday 29 September, from 08.30 to 17.00 and from 20.00. ATAC workers are also engaged in a separate four-hour strike..

This website uses cookies to improve your experience while you navigate through the website. Out of these, the cookies that are categorized as necessary are stored on your browser as they are essential for the working of basic functionalities of the website. We also use third-party cookies that help us analyze and understand how you use this website. These cookies will be stored in your browser only with your consent. You also have the option to opt-out of these cookies. But opting out of some of these cookies may affect your browsing experience.
Necessary Sempre abilitato

Performance cookies are used to understand and analyze the key performance indexes of the website which helps in delivering a better user experience for the visitors.

Analytical cookies are used to understand how visitors interact with the website. These cookies help provide information on metrics the number of visitors, bounce rate, traffic source, etc.

Advertisement cookies are used to provide visitors with relevant ads and marketing campaigns. These cookies track visitors across websites and collect information to provide customized ads.

Other uncategorized cookies are those that are being analyzed and have not been classified into a category as yet.